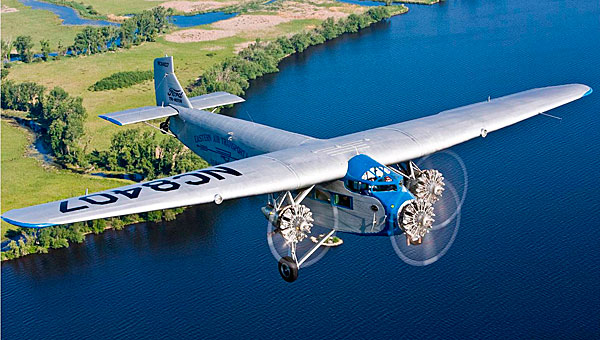 A pre-World War II aircraft will be touching down in Alabaster from May 17-20, giving locals a chance to fly in the restored vintage plane.

This will mark the first time a Ford Tri-Motor has visited Alabama in more than 50 years, said Shelby County EAA President Johnny Ward.

“This is big news,” Ward said.

Advance reservations can be made by calling the EAA at 877-952-5395 or visiting Flytheford.com. For additional information, call Ward at 914-5984 or email Johnnyward1@yahoo.com.

The Tri-Motor airplane features three 450-horsepower engines, and served as a commercial airliner in the late 1920s and early1930s. It helped fight forest fires in Idaho and Montana in the 1940s, and toured around the country offering rides to the public in the 1960s and early 1970s.

EAA restored the plane over a 12-year period after it was heavily damaged in a storm in 1973.

FROM STAFF REPORTS VINCENT – Bobby Labonte’s No. 47 show car will be on display at Vincent High School today... read more