The bride-elect is the granddaughter of Mr. and Mrs. James Webb Mays of Shelby County and the late Mr. and Mrs. Leon Joseph Vetrano of Birmingham. 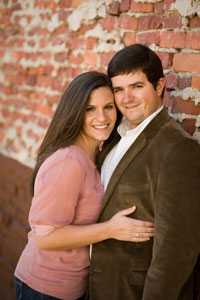 The wedding is planned for June 2, 2012 at Our Lady of the Valley Catholic Church.

By KATIE MCDOWELL/Lifestyles Editor The Shelby County Arts Council kicked off its newest exhibition on May 3. The new exhibit,... read more