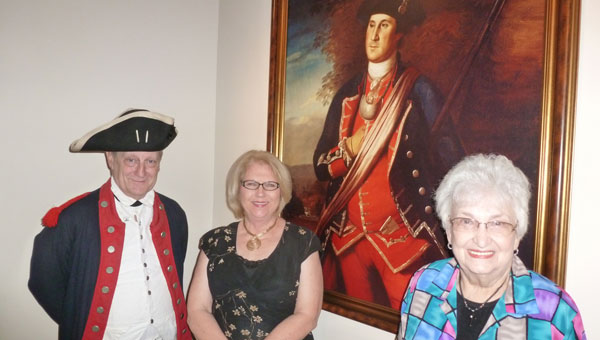 Atchison recently retired as the curator of the Karl C. Harrison Museum of George Washington, one of Shelby County’s finest treasures with the largest collection of Washington memorabilia outside of Mt. Vernon.

The basis of the collection came from the sixth generation granddaughter of Martha Washington, Charlotte Smith Weaver of Chelsea.

Atchison grew up in Remlap, the daughter of Horace and Ruth Loftis. After graduating from Blount County High School, Bonnie married Lewis Mason and had two children.

Six months after graduating from Samford University while pastoring at Locust Fork Baptist Church, Lewis died of a massive heart attack at age 35.

Atchison worked and raised her beloved sons, ages 16 and 8 at Lewis’s death. After 10 years alone, Lewis’s sister and husband played matchmaker and asked Atchison to go on a date with their friend, a widower with a son. Love came a second time. Bonnie and Harry Atchison married March 8, 1976, and started their blended family with sons Mike, Tim and Randy. The Atchisons moved to Harry’s hometown, Columbiana.

Atchison began a life of commitment to her new community. She taught English and speech at Shelby County High School.

After teaching, Atchison became the first executive director of the South Shelby County Chamber of Commerce. In 2003, Atchison left the Chamber and became curator of the Washington Museum.

“Working at the museum has given me an insight in where our nation came from,” Atchison said. “We see the trials and tribulations of our forefathers, who beat all odds against them during the American Revolution. In doing, they have shown us the way to continue to overcome the odds that face us in the 21st century.”

Homecoming committee members also have deep roots in the church. Harold Roper (Anita) has been minister of music since 1989,... read more