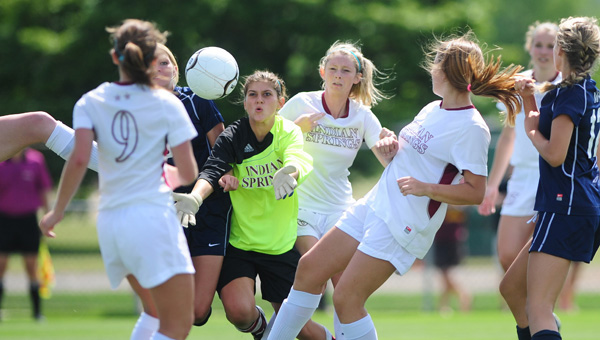 Unfortunately, Gray and his players saw Montgomery Academy playing at its best the remaining 75 minutes, which left Indian Springs just shy of reaching the state championship match following a 5-1 loss to the Eagles.

“We had moments,” Gray said. “(Montgomery Academy) did what they do really well.”

“I think it’s a testament to the kids,” Gray said. “Year in and year out, there’s a strong tradition of soccer here.” 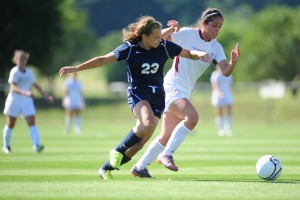 After putting pressure on Montgomery Academy goalkeeper Abi Capouya early in the match, the Eagles returned the favor and netted three first-half goals and two second-half goals in the victory.

Senior forward Nini Rabsatt-Smith scored the first goal for Montgomery Academy in the 10th minute of the contest. Senior midfielder Erin Katz netted the second goal off an assist from her sister, freshman midfielder Brenna Katz, in the 22nd minute.

Forward Cari Budney, an eighth-grader, capped the scoring in the first half for the Eagles with her goal off an assist from Erin Katz in the 34th minute of the match.

Forward Gracie Trulove, an eighth-grader, scored Montgomery Academy’s first goal in the second half just 1:38 into the half. Rabsatt-Smith capped the scoring for the Eagles with her unassisted goal in the 50th minute of the contest.

Indian Springs junior goalkeeper Emma Knapp finished with 11 saves in the match. Capouya, a junior, recorded one save for the Eagles.

“I can’t do that without my teammates,” McMullan said.