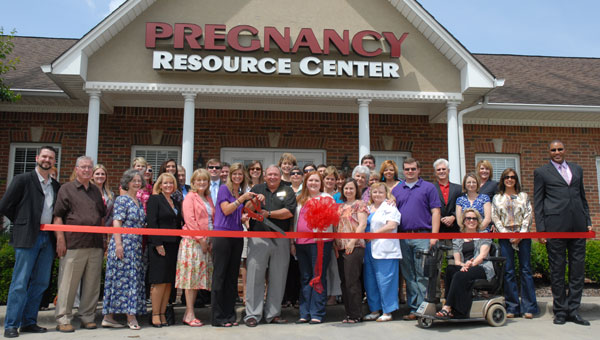 Pelham’s Sav-a-Life Shelby Pregnancy Resource Center recently was able to expand its counseling services and add a “Fearless Father” program after it doubled the space at its facility.

Sav-a-Life, which is based in Pelham and also operates a location off U.S. 280 in Hoover, is a Christian organization which works to help and minister to individuals and couples facing unexpected pregnancies.

By doubling its space at the Pelham location to 50,000 square feet by leasing the building’s lower level, the organization was able to move its office space from the upper level.

By moving the offices downstairs, Sav-a-Life was able to add more counseling rooms on the upper level and add a larger conference room downstairs. The extra space upstairs also allowed the organization to add a “Fearless Father” program, which is aimed at providing counseling for males who come to Sav-a-Life.

“We want to make it a little more relaxed for the fathers who come in,” said Sav-a-Life Earn While You Learn Coordinator Amanda Westbrook. “We want them to be on the same page as the women when they leave.

“The Lord has really blessed us. This extra space has been a huge blessing,” Westbrook said.

Crews with the JohnsonKreis construction company recently began work on a new addition to the Alabaster YMCA branch off Plaza... read more