World championship wraps up at OMSP 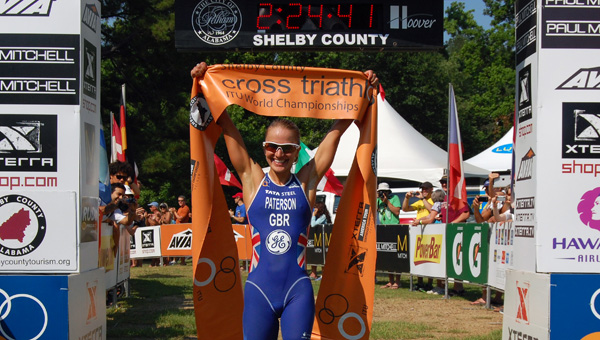 PELHAM – The 2012 ITU Cross Triathlon World Championship/ XTERRA Southeast Championship took over Oak Mountain State Park this weekend and brought out top triathletes and runners from across the nation and the world.

Shelby County played host to one of the foremost triathlon events in the world on Saturday with the Elite Women and Elite Men’s groups taking on the steep and winding trails of the park. All of the triathletes, representing countries from the United States to Egypt, had to endure a grueling 0.93-mile swim in Double Oak Lake, an 18.6-mile bike ride, and 6.2-mile run throughout the park.

“I thought the course was beautiful,” said Elite Women winner Lesley Paterson. “Because there are a lot of twists and turns there was a lot of decelerating but the endurance was not too grueling.”

Paterson, 31, is a native of Sterling, Scotland and represented the United Kingdom in Saturday’s triathlon. She finished with an overall time of 2 hours and 24 minutes.

Paterson was not the only triathlete impressed with the Oak Mountain course.

Men’s Elite defending champion and South African triathlete Conrad Stoltz said the course is one of his favorites.

Stoltz, 38, lead the pack the whole day and won his second consecutive XTERRA Southeast Championship with an overall time of 2 hours and 12 minutes.

Sunday gave way to half marathons and marathons open to the public and brought out runners from across the state and nation.  Some came out to just have fun and ended up schooling the opposite sex like half marathon winner and UAB student Elena Lin. Others like the men’s marathon winner Ryan Thompson could not resist the urge to run, even after running 200 miles in the Dixie 200 Relay from Atlanta to Birmingham two days earlier.

But then there were those like Louisiana native Trevor Walker who were running for the memory of fallen friends. Walker ran in a shirt donning a photo of Dylan Danos, who passed away in January from cystic fibrosis at the age of 17.

Whether it was running for competition, endurance or for raising awareness, the 2012 Cross Triathlon ITU World Championship/XTERRA Southeast Championship once again brought a slice of world competition to Shelby County.