The call to minister to law enforcement 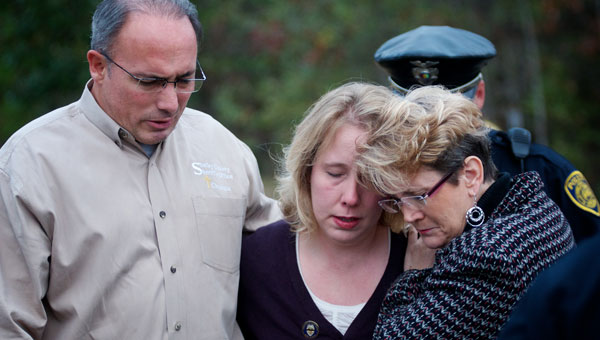 COLUMBIANA – Although Mac Stinson retired from full-time ministry as a Methodist minister in 2000, he continues his ministry through serving a different kind of congregation.

Stinson, a Columbiana native, is the chief chaplain of the Shelby County Sheriff’s Office chaplain program. The program began in 1994 under the supervision of then-Sheriff James Jones. Stinson joined in 1995.

“I felt God calling me to do it,” he said. “It’s a very rewarding experience.”

Stinson heads up the volunteer organization of about 25 chaplains.

Mindy and Donny Acton, both pastors at New Hope Cumberland Presbyterian Church in Indian Springs, felt the call to minister to law enforcement professionals. Donny Acton joined the program when it began in 1995, while Mindy Acton began seven years ago.

“We do find ourselves on the same scene,” Mindy Acton said. “We’re able to bounce off of each other and know what the other one is thinking as far as ministering to the families or working with the deputies.”

To become a law enforcement chaplain, Stinson said applicants must be interviewed and pass a background check. They also must have at least five years of pastoral experience and be residents of Shelby County.

“Because that’s who we serve,” Stinson said, “the people of Shelby County.”

The program ministers to sheriff’s deputies, their families and any support staff of the sheriff’s department.

The chaplains also make death notifications to county residents when a loved one has been killed in an accident, suicide or other means. Stinson said the chaplains accompany a deputy to share the news in person, never via phone call.

“This is why we require at least five years of pastoral experience,” he said. “We can’t teach you how to have a pastor’s heart, but we can teach you to be a law enforcement chaplain.”

The Actons discuss their chaplain experiences with each other to help “debrief” from the emotional process, Mindy Acton said. She said she works with the family who experienced loss the following day to help them in the grieving process.

“We try to do spiritual triage. We try to stop the bleeding at the moment and hand them off to the people they have in their lives that are emotional and hopefully spiritual support,” Mindy Acton said. “For those who don’t have pastors, those are the ones I try to follow through with.”

The chaplains take 12 basic courses and complete a required number of hours to achieve basic credentials.

“It’s a whole different world. I’ve done funerals and dealt with those who have lost loved ones,” he said. “I’ve been a pastor for over 30 years and a veteran in the military. I thought I that I had seen everything, but I was wrong.”

Stinson said officers have to continue their education, and the chaplains follow the same philosophy.

“I think you have to have a special interest in law enforcement,” he said. “It’s a rewarding program.”

For more information about the chaplain program, visit Shelbyso.com/chaplains.