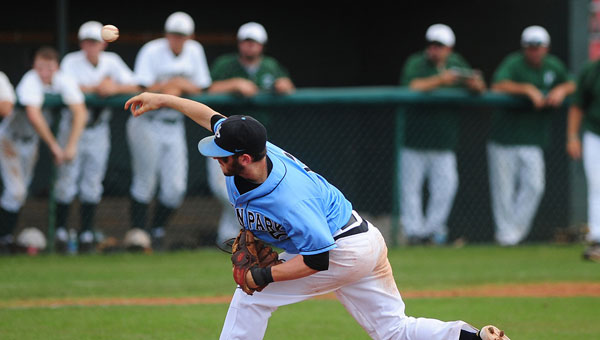 Spain Park High School senior Mikey White expected to see one of three Southeastern Conference signees from Oxford receive the Gatorade Player of the Year honor in the state of Alabama.

White, who saw the trio up close in the Jaguars’ best-of-three series against the Yellow Jackets in the Alabama High School Athletic Association Class 6A semifinal round, didn’t think he had much of a shot at receiving the award.

The news came as a surprise when the University of Alabama baseball signee learned he was the award’s recipient.

“There are plenty of deserving players who could have won the award,” White said. “It’s just a great honor. All of my teammates contributed to my success.”

White played a key leadership role in his senior season. The shortstop batted .388 with a team-high nine homers while also driving in 37 runs and stealing 19 bases. On the mound, the right-hander finished with an 8-2 mark and a 1.13 earned run average while striking out 61 batters.

White said several teammates stepped up as leaders during the season, which helped him get back to playing his game as the season progressed.

“After spring break,” White said, “I feel like we really took off as a team. We had a lot of guys step up as leaders. That definitely helped me relax and contributed to me earning the Gatorade Player of the Year award.”

White is expected to be an early pick in the upcoming Major League Baseball Draft. The Alabama signee said he will take a wait-and-see approach toward his future.