Calera Middle to open in October 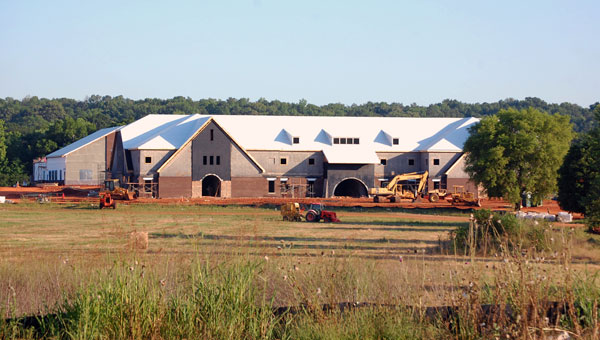 The updates to the former Shelby Academy facility was supposed to be completed prior to the fall 2012 semester, but due to weather and construction delays, the school won’t open until mid-October.

“Even though we’re going to delay the opening, we don’t think we’ll have any problems with opening,” said Tom Ferguson, Shelby County School’s assistant superintendent of operations.

“We’ll be moving sixth grade from the intermediate school, and then seventh and eighth from the high school,” he added. “We will do that as soon as we can mobilize.”

Calera Elementary School will house kindergarten through third grade for the 2012-2013 school year, and third grade will move to the intermediate school for the following school year.

“With all we’re doing, we thought that it might be better to hold them for next year,” Ferguson said.

In August 2011, the Shelby County Board of Education awarded Blalock Building Company with an $11.7 million bid to transform the former Shelby Academy facility, located off Shelby County 22, into the new 102,000-square-foot middle school. The new school will accommodate about 850 students.

“We took the facility that was there, the Shelby Academy facility, and we basically gutted that facility and have built onto and around that existing facility to accommodate the number of children we’ll have at Calera Middle,” Ferguson said.

“We’ve been able to utilize the existing gymnasium and existing classrooms that were there, but added to the facility,” he added. “There’s a new lunchroom, upgraded gymnasium facility and classrooms for the number of children that will be there.”