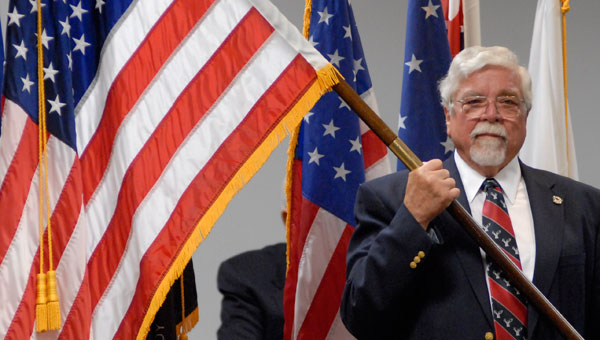 The Pelham-based Cahaba Valley Elks Lodge and the city of Pelham will celebrate America’s past, present and future on Flag Day June 10 with a ceremony at the Pelham Civic Complex.

During the free ceremony, which will begin at 3 p.m. in the Complex’s banquet side, Elks Lodge members will present a parade of America’s historical flags covering everything from the Pine Tree flag to The Star-Spangled Banner.

The event also will include a parade of America’s military flags, patriotic music featuring the 313th U.S. Army Quintet Band, soloist Jeff Morris and The Crimson Pride Chorus and a flag-retirement ceremony by the North Shelby-based Boy Scout Troop 5.

“We try to make it a community affair every year,” said Cahaba Valley Elks Lodge member Liz Bishop. “As Elks, we are actually required to have a ceremony on Flag Day. We could just have something small at our lodge, but we want to involve the whole community.”

“It’s non-political. We just do this to promote patriotism,” Bishop said.

For more information about the event, or to reserve areas for large group seating, call Bishop at 365-2268 or email liz@lizbishop.com.