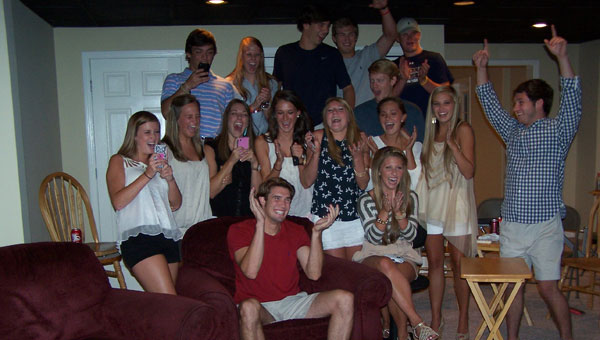 Dahl is the first ever MLB first round pick from both Oak Mountain High School and Shelby County. He is also the highest high school player to be drafted out of Alabama since Condredge Holloway was selected fourth overall in 1971.

“It feels great,” Dahl said. “It’s something you have dreamed about since you were little and it’s an honor to do this and I just want to thank God and my family for helping me through this process.”

Dahl played a major role for the Eagles this past season playing in the outfield. Touted as one of the premier batting prospects in the entire draft, Dahl had an astounding .412 batting average. He drove in 34 runs on the season and also stole 18 bases.

Being drafted straight out of high school does not guarantee that Dahl will suit up in purple and black next season in Denver. The Auburn University commit said he has yet to decide whether he will play for the Tigers next spring or sign with the Rockies.

“I haven’t decided yet,” he said. “I have to just focus on what lies ahead.”

The Rockies knew what they were getting before selecting Dahl. Dahl said that he worked out for the team and took a tour of Coors Field on May 29 on a scouting trip.

“I actually ran my best 60-yard dash there and hit the most home runs,” he said. “I got to meet the GM (Dan O’Dowd) and scouting staff.”

According to MLB.com, Dahl is compared to a younger Johnny Damon with less power, something Dahl said he hopes to improve on.

“I would like to get stronger in the weight room,” he said. “If I do that then that should help improve my power hitting.”

Under Major League Baseball’s new collective bargaining agreement, players selected 10th overall are slotted to receive a $2.7 million signing bonus. Dahl has until July 13 to decide on whether he will play collegiately at Auburn or professionally with the Rockies.