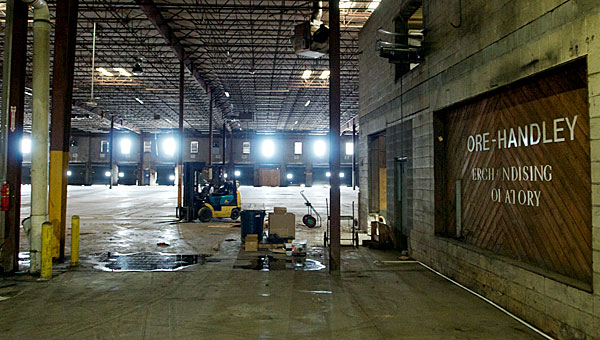 The Pelham City Council during its June 18 meeting will vote on a pair of resolutions aimed at purchasing the former Moore-Handley building and selling a portion of it to Summer Classics. (File)

The Pelham City Council during its June 18 meeting likely will vote on a plan to purchase the vacant former Moore-Handley building on U.S. 31 and possibly sell a portion of the property to the Summer Classics furniture company.

During the meeting, the council will vote on a pair of resolutions involving the property, which has been vacant since the Moore-Handley tool company shut down several years ago.

One resolution would authorize Pelham Mayor Don Murphy to negotiate a contract with the HHH Acquisition Company for the purchase of the 30-acre former Moore-Handley site.

City Council President Teresa Nichols said the property could cost about $3.5 million, and said the city is looking to partner with Shelby County or the Shelby County Economic and Industrial Development Authority to offset about a third of the cost.

If Murphy moves forward with negotiating the purchase, the City Council would have to vote to finalize the contract during a future meeting.

If the council approves the purchase, Nichols said the city will work to sell about 17 acres of the property to the Summer Classics furniture company. During the June 18 meeting, the council will vote on a resolution to authorize Murphy to negotiate the sale to Summer Classics.

Nichols said Summer Classics is looking to consolidate three of its current warehouses into the former Moore-Handley building. Summer Classics’ showroom off Shelby County 52 in Pelham would not be affected by the move, she said.

“The only reason we would purchase that property would be to sell it to Summer Classics,” Nichols said. “The city would still have about 13 acres that we could develop and sell in the future.”

Councilman Steve Powell said negotiations for the purchases “appear to be moving in a positive direction,” and said Summer Classics would boost Pelham’s economy.

“It would be much better to have (Summer Classics) there instead of an abandoned building,” Powell said.

Murphy said final details of the project will be negotiated with HHH Acquisition and Summer Classics if the council approves the two resolutions.