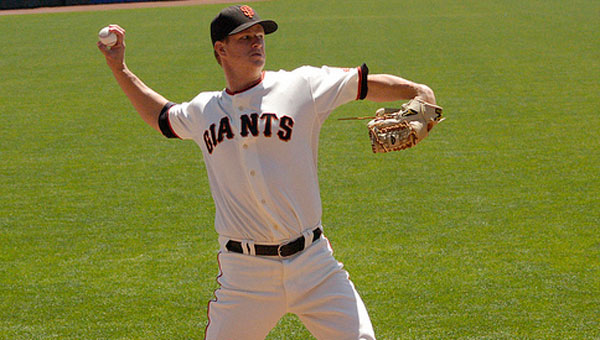 There isn’t much else that stood out about Cain, who became the 22nd pitcher in Major League Baseball history to pitch a perfect game June 13 and the first in team history in the San Francisco Giants’ 10-0 win over the Houston Astros, from his days as a quiet-natured student at Vincent Elementary.

“I don’t remember much about him,” Smith said. “I just remember he was quiet. He didn’t get into any trouble.”

Cain, the son of Tom and Delores, was born in Dothan but spent one year at Vincent when his mother was a teacher in the Shelby County School System.

Cain, who will make his first start since his perfect game June 18 against the Los Angeles Angels of Anaheim, has come a long way from his one year as a schoolboy in Vincent.

The 6-foot-3, 235-pound right-hander was selected by the Giants with the 25th overall pick in the first round of the 2002 Major League Baseball First-Year Player Draft out of Houston High School in Germantown, Tenn., near Memphis.

Cain earned praise early in his MLB career and finished fifth in voting for the 2006 National League Rookie of the Year after posting a 13-12 mark and a 4.15 earned run average in 32 appearances, including 31 starts.

Cain has posted a sub 4.00 ERA during the past five seasons and is on track to post his lowest ERA in his career this season with a 2.18 mark through 13 starts. Cain has been selected to the MLB All-Star Game twice, during the 2009 and 2011 seasons, and has twice finished in the top 12 in voting for the National League Cy Young Award in his short career.

Cain is coming off his most successful season in the big leagues after posting a 2.88 earned run average in 33 starts in 2011. Cain owns a 77-75 record and a 3.30 lifetime ERA in six seasons with the Giants, including a streak of 21 scoreless innings in the 2010 postseason to help San Francisco capture the World Series championship.

Cain, who tied a MLB record for the most strikeouts in a perfect game with 14 punch outs in his complete game victory against the Astros, and his wife Chelsea live in the Noe Valley suburb of San Francisco.

“That was something that, I mean, I’m obviously never ever going to forget,” Cain said in the post-game press conference. “It was unbelievable from the beginning.”