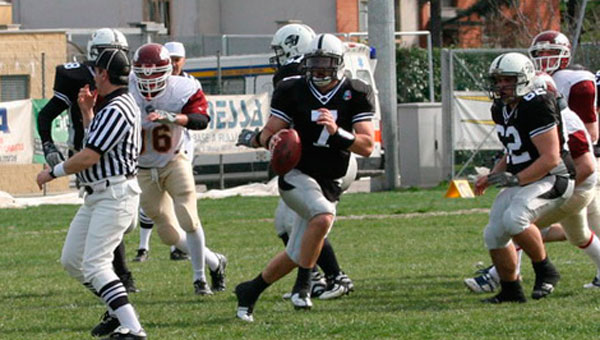 Craddock said he was introduced to Swinney by Briarwood Christian assistant coach Chris Donnelly, who played with Swinney on the University of Alabama’s 1992 national championship team. Following a visit to Clemson, S.C. last week, Swinney offered the position to Craddock on June 17 and he quickly accepted the job.

“It’s honestly a great opportunity for me and my family,” Craddock said. “Coach Swinney really has implemented a family atmosphere. I fell in love with it and I’m thankful to be given the opportunity to be part of it.”

Craddock, who led the Lions to an Alabama High School Athletic Association Class 5A championship as the team’s quarterback in 2003, has spent the past two seasons as the Lions’ offensive coordinator.

Craddock joined the Briarwood Christian coaching staff after a successful career at Middle Tennessee State University and a short stint as a professional in an Italian Football League as the quarterback for the Parma Panthers.

Briarwood Christian head coach Fred Yancey said he’s taken pride in watching the development of his former quarterback, from his days as a player to his time as an assistant coach for the Lions.

“We’re all real proud of Joe,” Yancey said. “He was an outstanding student, player and coach. He’s just a football guy who is great with kids. He’s done things the right way.”

Craddock said he won’t ever forget the life lessons he’s learned from Yancey as a player and coach at Briarwood Christian.

“It’s been a blessing,” Craddock said. “I’ve learned so much from him. He’s such a great man.”

Craddock passed for six touchdowns in the 2010 Italian Football League Super Bowl as he led the Panthers to a 56-26 win over the Catania Elephants.

Craddock, who will be working closely with offensive coordinator/quarterbacks coach Chad Morris, will join the coaching staff of a team coming off a 10-4 record and an Atlantic Coast Conference championship. Redshirt junior quarterback Tahj Boyd is returning to the team after passing for 3,578 yards and 31 touchdowns a year ago.