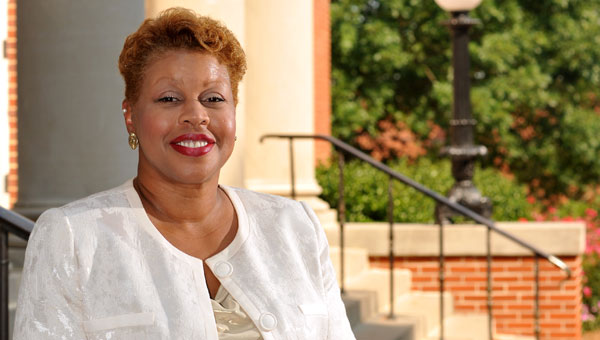 MONTEVALLO – Dr. Kimberly Barrett has enjoyed the close community of the University of Montevallo for more than four years as the university’s vice president for student affairs. In August, however, Barrett will begin a new position at Wright State University in Dayton, Ohio.

Barrett will become the vice president of multicultural affairs and community engagement at Wright State.

“If I were able to design my own position, this would be the type of position I would design,” Barrett said. “I’m committed to higher education and issues of social justice.”

“Although it’s not my title here at the University of Montevallo, I’ve continued to speak about it, and even work with other universities on issues of diversity while I’ve been here,” she said. “It’s something I’ve always kept a hand in.”

As part of staying involved in issues of diversity, Barrett was the keynote speaker at Murray State University in Murray, Ky., where she founded the women’s center 20 years ago.

While at the University of Montevallo, Barrett completed Leadership Shelby County, lead the group that started the county’s mental health court and served on the board of Shelby Emergency Assistance.