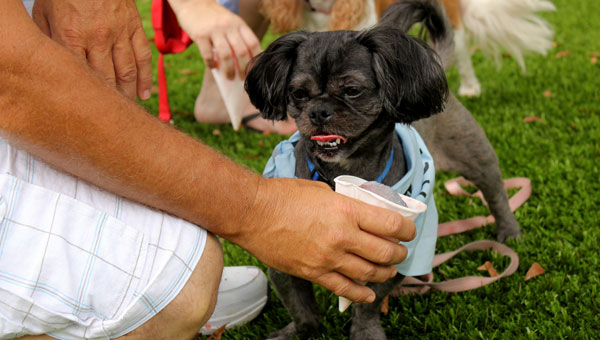 When former Shelby County Humane Society Director Jenny Wilson saw the dozens of dog owners and their canine friends enjoying the Beneful Dream Dog Park in Alabaster’s Veterans Park, she had to fight back tears of joy.

“I am overwhelmed by the generosity of Purina Beneful,” Wilson said. “Honey Belle will cherish this day forever.”

A few nationally known celebrities joined local dog owners and their pets at the grand opening of the new $500,000 dog park on July 12.

The park was constructed over the past several months near the back of the park as a result of Wilson and her dog, Honey Belle, winning the 2011 Dream Dog Park contest. The contest challenged participants to best answer the question “If you had $500,000 to create a dream dog park for you and your best buddy, what would you do?”

After winning the contest, Wilson, an Alabaster native, said she worked to ensure the park would be constructed at Veterans Park.

“From a personal perspective, this is the greatest gift in the world,” Wilson said before the grand opening ceremony, noting she adopted Honey Belle from the Shelby County Humane Society after Honey Belle was found as a stray near Veterans Park. 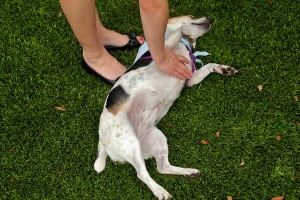 “This is my first time to be in a dream dog park, and I’ve got to tell you, it feels good,” Stonestreet said. “I wish (my dog) Coleman could be here.”

Alabaster Mayor David Frings said the park will help the city market itself throughout the region.

“There are a lot of people to thank,” Frings said. “You look around and see so many smiling faces, both on the people and the dogs.”