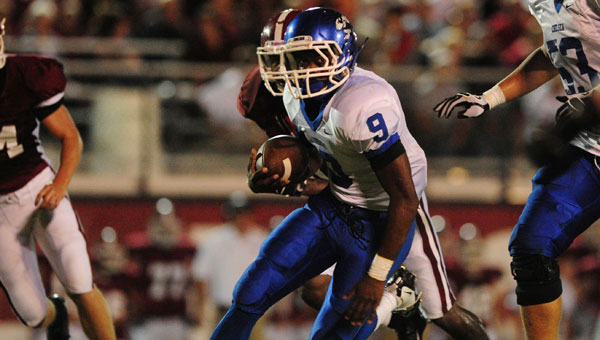 Chelsea High School senior Julius McCall didn’t need much time to make a decision about where he would spend the next four years once UAB head football coach Garrick McGee offered him a chance to play college football for the Blazers.

“I’ve always been a big UAB fan,” said McCall, who committed to UAB on July 23. “Coach McGee really sold me on UAB and the family atmosphere and education I would receive. Those two things go hand-in-hand.”

McCall is the second high school football player from Shelby County in the Class of 2013 to verbally commit to UAB. Spain Park High School senior Jeniah Jackson verbally committed to the Blazers earlier this month.

Including McCall and Jackson, the UAB football roster will include eight Shelby County products in the fall of 2013.