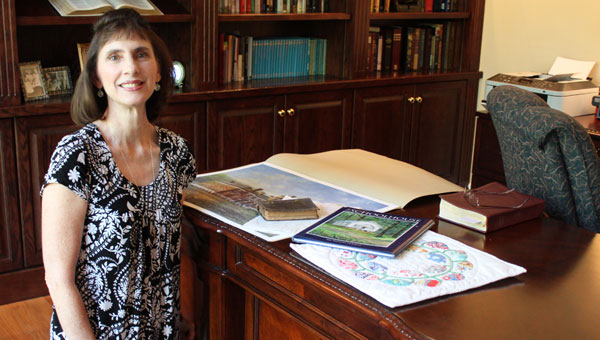 NORTH SHELBY – Jill Glassco’s grandmother wrote a 14-page letter in 1955 about her experience teaching school in 1916 in rural Tennessee. When Jill Glassco inherited her grandmother’s letter from her mother in her mid-20s, she tucked the letter away as a keepsake.

In September 2011, Glassco, a member of Church of the Highlands, said she felt God calling her to take out the letter and turn the experiences into a story, as her grandmother wanted.

Glassco’s first manuscript, which she wrote in a week, elicited a number of corrections from an editor. Discouraged, Glassco considered simply publishing her story on her daughter’s ministry blog, but she believes God had another plan.

“I felt God was telling me to reorganize and finish the work,” Glassco said, noting she’d heard a sermon on Nehemiah and how he reorganized and rebuilt the wall around Jerusalem. “I went back and based it on her relationship with God and inserted the reflection pages so it could be used as a tool.”

Glassco attended a writing conference in November 2011 and met a publisher with LifeHouse Publishing, a branch of Wesleyan Publishing House.