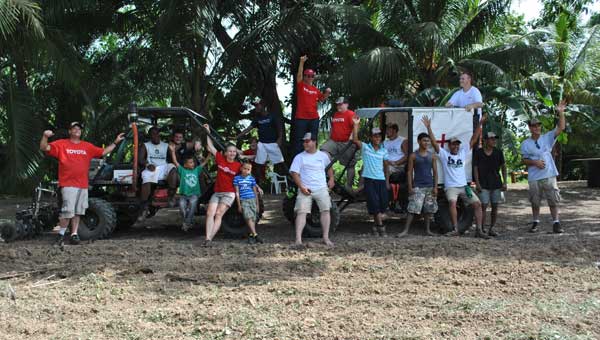 A group of students from Calera High School who recently returned from a humanitarian trip to Honduras say their lives have been forever changed by the experience.

The students, who are part of an engineering program at their school, traveled to the impoverished country in order to deliver basic utility vehicles (BUVs) and prosthetic legs they developed as part of their class. Instructor Brian Copes said the trip provided an once-in-a-lifetime opportunity for his students to impact the lives of others.

“What an amazing trip,” Copes said. “I would like to personally thank all of our sponsors in supporting these extraordinary kids. This was a learning experience that could never be taught in the classroom. We were all touched very deeply.”

The students were successful in building a basic utility vehicle, entitled the Eagle, which will be used as an ambulance by the Clinic of the Angels, a non-profit clinic that provides free health care to over 50 communities in Honduras.

“We were able to accompany this vehicle on its first two runs, which consisted of more than a 20-mile round-trip journey where it had to forge a river and climb steep banks,” said Copes. “The ambulance will be an invaluable tool for it allows access to towns and villages that are currently only accessible by foot.”

Copes said the second Eagle BUV was shipped to the country full assembled and equipped with a water well drill supplied to the project by Deep Rock Manufacturing. The students used this vehicle to drill a forty-foot fresh water well for a community that did not have access to clean drinking water.

“This vehicle was also used to plow a field and was left with the people providing them gainful employment for there are over 120 communities in this region of Honduras that do not have wells or safe water for drinking,” Copes said. “The mayor of Juitapa is planning on hiring two to three people to operate the drill where they will travel from community to community drilling water wells.”

The Clinic of Angels also served as the location for the students who designed prosthetic legs using Toyota motor parts. The students had worked in conjunction with Next Step Prosthetics in Alabaster to design an affordable device to be used by amputees in improvised countries. The students had been working on their design for the past year during class, using the car parts for the knee and ankle joints and crutches to develop a leg that can be adjusted for various heights.

“The prosthetic team had a life changing experience, for they were providing people with the freedom of mobility,” said Copes. “I was in awe over how many amputees showed up to the clinic in hopes of receiving a prosthetic leg.

“It was heart wrenching when we had to turn people away because they either where not good candidates for our leg, or we did not have enough to meet the need,” Copes continued. “However some of our most memorable moments where when we saw several people walk for the first time in years. The students named one of the amputee patients ‘Shakespeare’ after he became very theatrical and animated over his excitement for being able to walk.”

Christian McDonald, who will be a junior this year at Calera High, was one of the students to design the prosthetic leg and made the trip with his fellow students to Honduras. He said the trip helped him have a new appreciation for how blessed he is to live in the United States, where most citizens have easy access to adequate medical care.

“It really made me appreciate what I have,” said McDonald. “The government there is very corrupt and the hospitals are currently on strike. The only place people can go to be treated is the clinic. People wait for many hours or sometimes days to be treated and yet we complain about having to wait a couple of hours to see the doctor.”

McDonald said the group was able to successfully fit 14 patients with prosthetic legs. He said the first day the group arrived they were still taking inventory of their parts and supplies and weren’t expecting to see patients.

“But about four or five showed up that first day, so we helped them,” he said. “The next day we had even more people show up. Even when we ran out of legs, we still kept working because we still had people coming up wanting us to help them.”

McDonald said the group used teamwork and creativity to invent two new items to assist patients, using parts they rounded up while searching their surroundings.

“One mother brought in a child who had problems using their leg muscles,” said McDonald. “We designed a device kind of like a ‘jumping jack’ for a baby. We built it out of spare parts that we found there. We suspended the devise and helped show the parent how it could be used to help the baby exercise and build up their leg muscles.

shoe insert for one man,” McDonald continued. “It was really cool to make these things for people, even though we didn’t have the materials. We found the materials and then worked together to design something out of them. This trip really showed me the value of teamwork. Great things can be accomplished when you have positive people that want to learn and want to change the world.”

Another eye-opening experience for the Calera students was when they visited a local school. The school consisted of two 20×20 rooms with a large window and a door. The children rotate class times, with upper grade elementary students attending school in the morning and the younger children attending in the afternoon.

“The town was excited that they just graduated their very first high school student,” said Copes. “For a student to be able to attend high school they have to take a public bus to another town. Most students drop out at a young age and go to work to help provide for the family. A young teenage man we met digs trenches to install waterlines and will get paid $7.50 per day.”

Copes said he is currently planning a return visit to Honduras, where the group will adopt a school. The students will work to add an additional room onto the school, which will allow the town to offer high school classes. The students also plan to send a container full of school supplies, desks, books, a BUV that can be used as a school bus, and laptop computers that will allow their classrooms to SKYPE with the Calera schools.

McDonald said he will be one of the students clamoring for the opportunity to go back and make a difference next year.

“It was an amazing opportunity,” he said. “It also brought us closer together, like a family. We really miss each other now that we have returned home.”

The trip was filmed by Magnolialand Entertainment, who is producing a documentary on the class and the student’s efforts. Copes said the company is currently editing over 300 hours of footage to develop the film, which is due to be completed by the first of next year. 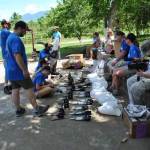 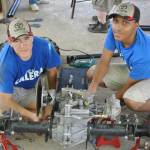 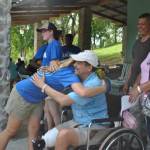 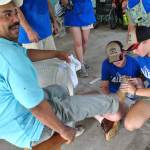 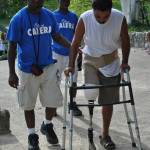 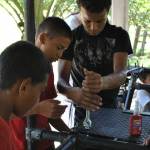 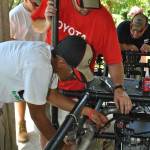 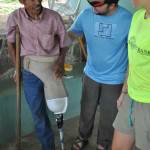 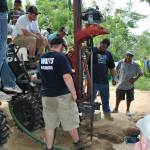 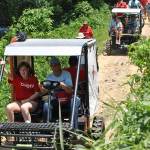 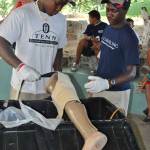 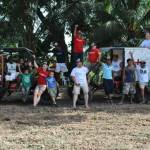