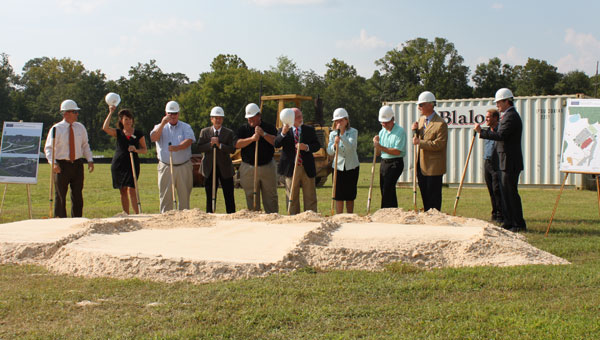 ALABASTER – The Alabaster mayor and City Council donned hard hats and golden shovels as they broke ground with the architects and builder for the new Alabaster City Hall.

Mayor David Frings said he and the City Council realized the need for a new city hall during his first term in 2000.

“We decided to build things our citizens would benefit from before we hit the city hall scenario,” Frings said, noting the city built Veterans Park and other municipal parks.

According to Frings, bids for construction of the building came in about $400,000 below the original estimates

The building will house the city’s administrative offices, city court and other municipal departments.

The new city hall will reside on the site of the old Siluria Mill and adjacent to the Alabaster Senior Center, according to Frings.

City officials previously said construction would be completed in 10-11 months.