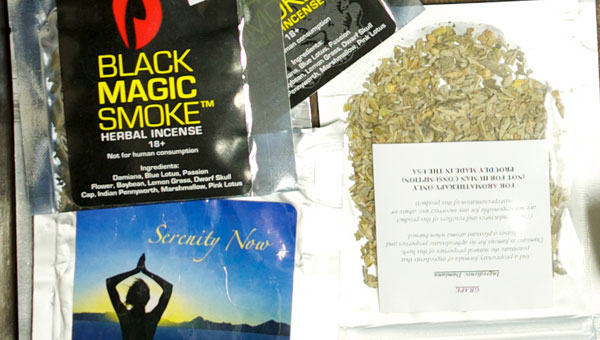 Synthetic marijuana can be packaged to look like potpourri. (File photo)

HOOVER — The Hoover Coalition, as well as state Rep. Paul DeMarco, R-Homewood, will present a synthetic marijuana forum for parents and members of the public Sept. 18.

The forum will be from 6-7 p.m. at Simmons Middle School’s lower gym.

“Synthetic marijuana is such a dangerous substance. It has been sold as something that’s legal in the past, but as of now, it is illegal and it is terribly unsafe,” said Anthony, who added that she has heard reports synthetic marijuana can contribute to brain damage or risk of suicide. “It’s just very insidious. It’s dangerous for children to even experiment with this.”

Alabama passed a law earlier this year to ban a wide range of synthetic drugs, including substances used to make synthetic marijuana.

“Two years ago, you could walk into just about any convenience store in Hoover or Shelby County and you could buy (synthetic marijuana). It was readily accessible,” Anthony said. “I think Alabama has certainly taken steps to deter that, but the laws are still fairly new.”

“It’s difficult for parents to know what they might be seeing. How do you know what you’re looking at?” she said. “I think there are probably a lot of parents who don’t even know this exists. I want parents to walk away equipped with the knowledge to talk to their children about this and say, ‘This is why this is a bad idea.’”