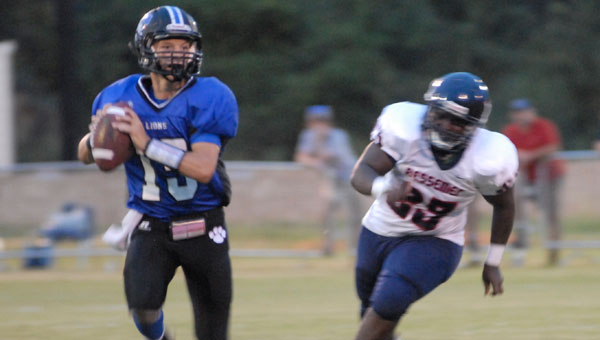 ALABASTER — Kingwood Christian School struggled to contain a pack of physical Bessemer Academy running backs in a 59-13 loss to the Rebels in its Alabama Independent Schools Association Class 3A, Region 1 opener Aug. 30.

Meanwhile, three early turnovers and pressure from the Rebels’ defensive front seven kept the Lions from getting into a rhythm offensively.

Bessemer Academy quickly pushed its lead to 33-0 early in the third quarter with a rushing touchdown before Kingwood Christian finally found the end zone. Adams streaked down the left sideline for a 68-yard touchdown with 10:17 left in the third quarter to temporarily cut the deficit to 33-6 after a blocked extra point attempt by Montez Haynes.

The Rebels added four more rushing touchdowns in the second half before White capped the scoring with his 18-yard touchdown run with 9:54 left in the game. Haynes added the extra point to account for the final margin.

FROM STAFF REPORTS The University of Montevallo women’s soccer team will open its 2012 season at home Friday, Aug. 31... read more