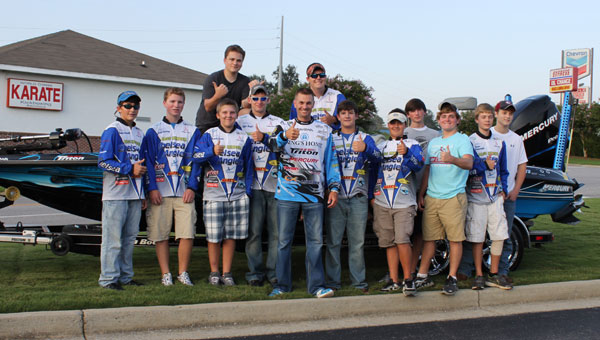 As King’s Home’s spokesman, Howell emblazoned the organization on his Triton Boats-Mercury Marine tour boat named “Hope II,” which he donated to King’s Home to give away in a drawing.

Tickets for the boat drawing cost $100. The winner, which will be announced at Kampfire for the King Nov. 18 at King’s Home’s campus, will receive the $70,000 fishing boat and trailer package.

“It’s the boat and trailer, just like I fish out of on TV,” Howell said, laughing.

Howell will host a fishing rodeo at Kampfire for the King, which will include local high school fishing teams.

Howell said he was involved with King’s Home for a few years before becoming the organization’s spokesman.

“It’s just a never-ending mission for all of us to help kids who are abused and neglected,” Howell said. “There are so many people all over the state who need a place like King’s Home. Christ-centered love is the center of their mission.

“People right here in the heart of the ministry need to jump on board,” Howell added.

For more information about Kampfire for the King, visit Kampfirefortheking.org.

By CHRISTINE BOATWRIGHT / Staff Writer FOURMILE – Pieces of Fourmile history will be available to collectors, as an estate... read more