Firefighters climb in memory of 9/11 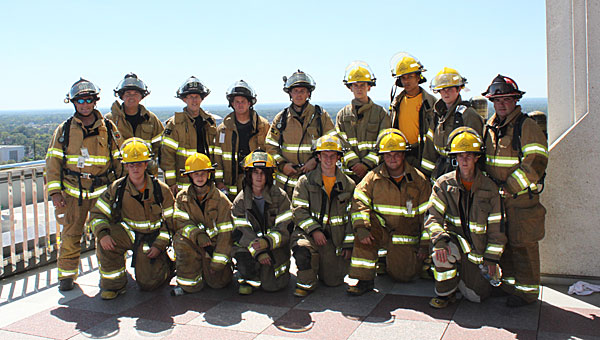 During the event, which was held on Sept. 9 at Montgomery’s 22-story Retirement Systems of Alabama building, firefighters from across the state sought to climb a total of 110 flights of stairs – while wearing full turnout gear –  in memory of the firefighters who lost their lives during the 2001 terrorist attacks in New York City.

In addition to their fallen comrades from New York, the local firefighters also climbed in memory of friends and loved ones who have passed away closer to home.

King said he developed a personal connection to a New York firefighter after visiting the city in July.

“He had just been transferred to another station before the attacks. His whole engine company (Engine 201 from the old station) died,” King said. “We climbed in memory of those five guys.”

King and his son, a Pelham Fire Explorer, also climbed in memory of their uncle and grandfather, respectively.

“My dad and my uncle actually helped found the Chelsea Fire Department,” King said, noting one of his colleagues climbed in honor of Pelham firefighter Michael Oliver, who was killed in a car crash.