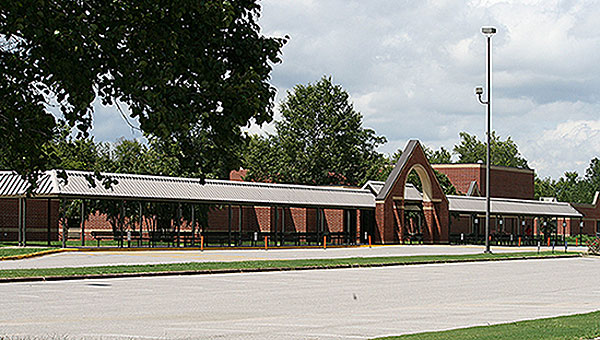 The Creek View Elementary School PTO will auction off a pair of carpool line-skip passes during its Oct. 9 general meeting at the school. (Contributed)

Creek View Elementary School parents tired of waiting in the school’s lengthy student pick-up line soon will get a chance to skip the crowds for the rest of the year.

During its Oct. 9 general meeting, the CVES Parent-Teacher Organization will hold a silent auction for a pair of spots to skip the carpool line and travel straight to the school’s doors to pick up their children at the end of the day.

CVES PTO President Trisa Moutardier said the school’s carpool line can become lengthy because of the way the CVES traffic flow is set up. Although two lanes circle around the front of the school, CVES officials must keep one of the lanes open so school faculty members can access the employee parking lot at the beginning and end of each day.

“There are a lot of people in the carpool line every day,” Moutardier said with a laugh. “Because there are teachers that park in front of the school, we have to leave one lane open so people can pass through.”

Moutardier said the idea to auction off a pair of carpool line-skip passes came after the idea proved popular at CVES Principal Brent Byars’ previous school.

Moutardier said CVES decided to auction off the line-skip passes in October to allow the winners to take advantage of the passes for the rest of the school year.

The auction will be held from 5:30-7:15 p.m. on Oct. 9. The PTO will hold its first meeting at 6 p.m., which will be followed by a performance from the school’s third-graders. The PTO will have another meeting at 7 p.m. and will close the silent auction and announce the winners at about 7:15 p.m. The third-graders will have another performance after the 7 p.m. PTO meeting.

“I think they will be pretty sought-after,” Moutardier said of the passes.

For more information about the auction, and the CVES PTO, visit the organization’s website at Shelbyed.k12.al.us/schools/cves/pto.htm.