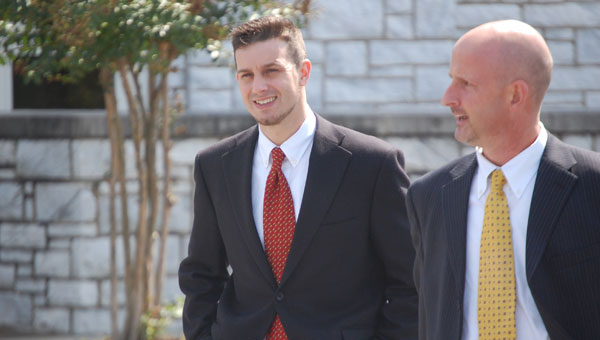 Pitt, founder of The Basement, originally was charged with impersonating a police officer after Calera Police deputies pulled him over in Calera May 12. Calera Police Chief Sean Lemley said the district attorney’s office and Pitt’s attorney, Pete Johnson, agreed to reduce the felony charge to a misdemeanor charge of attempting to impersonate a peace officer.

Original reports stated Pitt was driving an unmarked Tahoe flashing emergency blue lights down Interstate 65. Deputies asked Pitt if he was a police officer, and he confirmed he was a deputy with the Jefferson County Sheriff’s Office. After verifying Pitt was not a law enforcement officer, Calera police arrested Pitt for impersonating an officer.

Pitt posted bond and was released from the Shelby County Jail May 12.

The vehicle was impounded until “a couple of weeks ago” when the district attorney’s office agreed to release the Tahoe without the siren and emergency equipment, Lemley said.

Prior to the sentencing at the Shelby County Courthouse, Pitt apologized for his actions.

“I’m very sorry for any and all trouble I’ve caused the county and the police department of Calera,” Pitt said. “They did conduct themselves in a very professional manner.”

Pitt said the incident has given him a “different passion,” which has enabled him to reach more youth in his ministry.

Judge Dan Reeves warned Pitt not to “fall prey to the same arrogance” that caused him to conduct himself in such a manner.

Reeves sentenced Pitt with two years of unsupervised probation, as well as a $1,000 fine.

Lemley said he was pleased with the outcome.

“The police department has done its job, and I’m proud of how the officers handled the case,” Lemley said. “I’m satisfied with his statement. He didn’t get out of it scott free.”