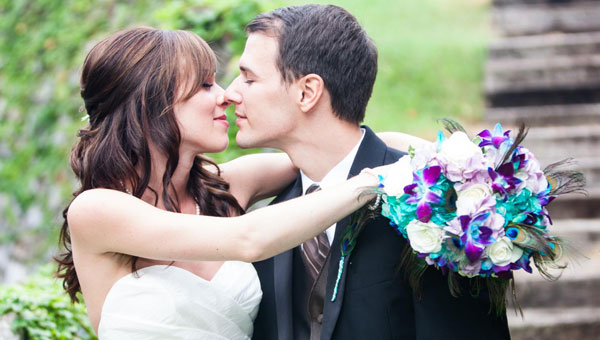 Valya and John Mobley of Alabaster are proud to announce the marriage of their daughter, Janessa Mobley to Jordan Barrios, son of Terah and Miguel Barrios of Orlando, Fla. The wedding was held Sept. 1, 2012, at 4:15 p.m. in Helena.

The wedding flowers were blue orchids, purple and teal hydrangeas, plum calla lilies and chrysanthemums and button mums, all accented with peacock feathers. The bridesmaids wore various cocktail-length chiffon styles from Alfred Angelo in teal with brown satin sashes. The men’s tuxes were from Jos. A. Bank.

Lindsey-Palmer Anna Elizabeth Lindsey and James Matthew Palmer were married on May 27, 2012, at the Historic Ruins of Barnsley... read more