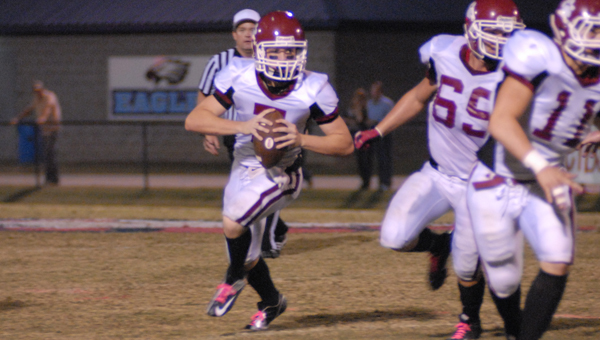 Shelby County quarterback Ty Proctor threw for 134 yards and a touchdown in the Wildcats' 36-29 victory over Ramsay on Oct. 5 (File photo/Mickel Ponthieux)

“We played well offensively and controlled the ball,” Smith said. “Defensively, we had some real key stops.”

Junior quarterback Ty Proctor had a solid night with 12-of-17 passing for 134 yards and a touchdown.

Chargers run past Meadowview in rout

Cornerstone Christian senior running back B.J. Smith runs past Meadowview defenders on his way to the end zone in the... read more