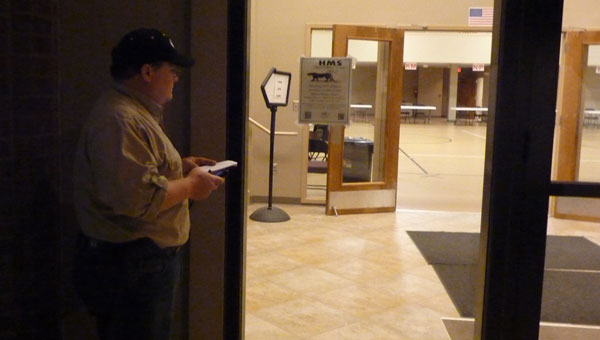 HELENA — For the first time in 44 years, Helena voters chose to make a change in the mayor’s seat, electing Mark Hall, the city’s former police chief, over incumbent Sonny Penhale in the Oct. 9 runoff election.

Hall said he was thrilled to win but stressed that the election is over and it’s time for Helena to unite.

“We have a lot of great things going on in Helena that we want to keep going,” he said. “We don’t want anyone to feel they’re not a part of what we’re doing here. No matter how you voted, Helena is one. This part’s over now. We can come together.

“We’re ready to get to work,” Hall added.

“He wished Mark Hall all the best — he called him to congratulate him,” Childers said. “He’ll do a really great job.”