Montevallo has a new mayor 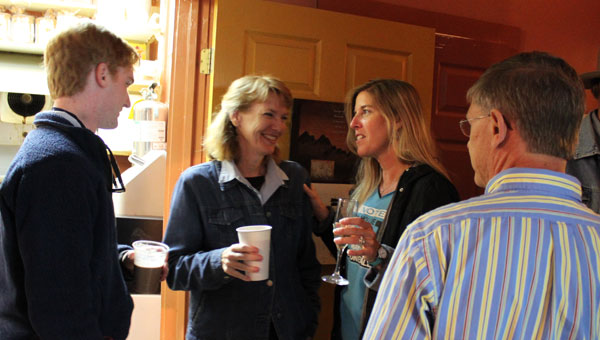 “I appreciate the support of everybody,” Cost said. “I’m still in shock a little bit. I’m incredibly honored to serve the city I love so much.

“This is really only the beginning,” she added.

Cost emphasized how important the city’s relationship with the university and the county is, and how she looks to build upon that relationship.

McCrory said he wished there had been a larger turnout from districts apart from Cost’s district 4.

“I’ve enjoyed being the mayor of Montevallo,” McCrory said. “With the last four years as mayor and six before that (as Montevallo Chamber president), I’ve given the last 10 years of my life in Montevallo.

“I wish the results had been different, but I congratulate her on the win,” he added.

In the Aug. 28 municipal election, Cost saw 348 votes, while McCrory only saw 254. Cost was only 22 votes away from the majority vote in the first election.

Hughes, a longtime resident of Montevallo, said his experience earned him the position.

“I think the citizens in my district appreciated my being city administrator, county manager and public works director and that I carry on that knowledge through the next four years of the city,” Hughes said.

Peterson, senior microcomputer specialist at the University of Montevallo, said he hopes to continue working with the city to “make Montevallo a better place.”

“That’s why I got into this in the first place,” Peterson said.