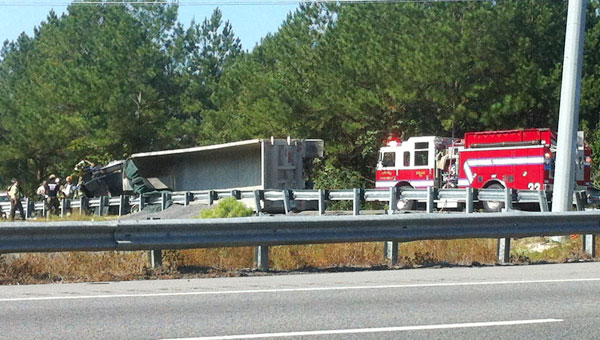 Shelby County Sheriff’s Deputies, firefighters and Alabama State Troopers responded to a wreck off U.S. 280 after an 18-wheeler traveling south on U.S. 280 overturned onto Shelby County 43.

The accident happened the morning of Oct. 10 when the truck overturned near a guard rail on Shelby County 43, spilling its load of limestone.

As of Oct. 10, the wreck was still being investigated by the State Troopers.

Pelham senior Katy Gustafson subs in for Lauren Bass in the Panthers 3-0 win over Clay-Chalkville on Oct. 9. (Reporter... read more