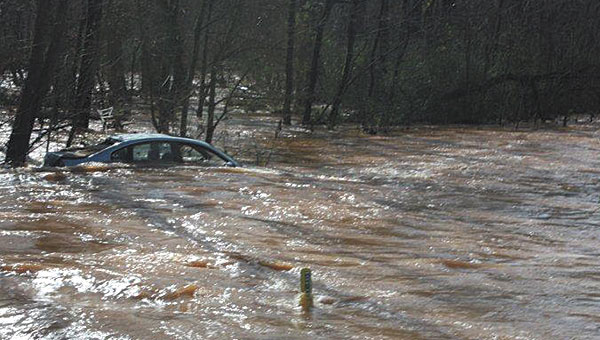 Pelham received a more than $1 million FEMA grant on Oct. 11 to fund upgrades in a flood-prone area off Alabama 261 (File)

The city originally applied for the hazard mitigation grant in 2009 to help combat the frequent flooding in the Saddle Run and Stratford Place subdivisions.

Pelham officials will use the $1.03 million grant to fund the majority of a $1.67 million drainage improvement project near the subdivisions.

Pelham Mayor Don Murphy said the project will enlarge two existing detention ponds – one south of Aaron Road and the other south of the Saddle Run neighborhood – and will construct two new detention ponds in the Alabama 261 basin near the Alabama Power Company substation.

“The city is prepared to immediately begin the steps to bring relief to the residents in the affected areas,” Murphy wrote in a press release. “Once approved by the City Council, the engineering firm of Goodwyn, Mills and Cawood will begin work on the project.”

The Pelham City Council is scheduled to have its first reading on whether to approve the about $600,000 in matching grant funds during its Oct. 15 meeting, said City Clerk Tom Seale. To vote on the matter on Oct. 15, the council would have to first vote to suspend the rules.

If approved, the matching funds would come from Pelham’s general fund.

City officials previously said the city’s grant application got “put on the fast track” after Pelham documented a recent flood in the two neighborhoods and sent the information along to FEMA.

Several Saddle Run and Stratford Place residents have attended City Council meetings over the past few months to voice concerns about drainage problems in the area.