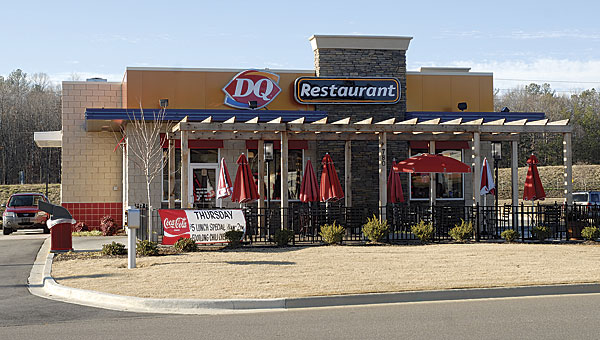 Aimee Komonce and her husband reopened the Alabaster staple at the beginning of the month after the restaurant closed in early 2012 when longtime franchisee Tad Cairns retired.

The restaurant, which is now located in the Colonial Promenade shopping center near the AmStar movie theater, originally opened on U.S. 31 in 1960.

“Business has been going good,” Komonce said. “After we opened, people were coming in and saying they hadn’t had Dairy Queen since the store closed.

“We were surprised by that. They didn’t go to a new Dairy Queen, they were holding out for us to reopen,” Komonce added.

Since reopening, the restaurant has expanded its menu to include items such as chocolate soft serve ice cream, smoothies, chicken quesadillas and the Orange Julius brand.

The new owners have also made some changes to the building, including renovations to the restaurant’s outdoor patio area.

“That has been really popular on the warmer nights,” Komonce said.

The restaurant reopened in time for the final classic car show of the season at the Promenade, and has also offered specials to local athletic teams. During the first week the restaurant was open, it offered half-price cakes, which helped to boost sales and publicize the reopening, Komonce said.

“Everything has fallen into place,” Komonce said.

For more information about the Alabaster Dairy Queen, including updates on specials, visit Facebook.com/dairy.queen.5832.