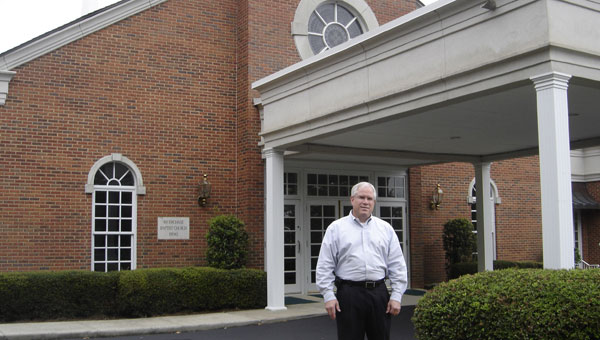 Meeting in basement space in one of the Riverchase Business Park office facilities, they continued growing until their move into the current Riverchase Baptist Church home at the corner of Riverchase Parkway and Old Montgomery Highway.

This site had been set aside as a church site by the designers of the Riverchase community and was purchased by the Birmingham and Shelby Baptist Associations as the site of a future Baptist church. Financial help for the fledgling church came from other Baptist area churches, including Pelham, Shades Crest, Southside and Vestavia Hills.

William P. “Buddy” Nelson was the first pastor to lead the congregation and celebrate the move into the new permanent facility in November 1990. Three years later, the addition of the Education Wing got under way.

Riverchase Baptist Church has always considered itself to be a “community church,” committed to minister to the people around them in the Riverchase, Pelham, Hoover and Helena communities. They share a commitment to missions, be it local, state, national or international.

Jeff Greer accepted the call to become the new pastor of the church in January 2009. Jeff has pastored in the Birmingham area since 2002 as a youth pastor and more recently associate pastor at Mountain Brook Baptist. When I asked him what impact he thought he had made on the church, he responded, “I think more about how these members have impacted me. I am humbled by their trust in me as a leader, pastor and friend.”

He went on to explain, “we celebrate the past 25 years, but our focus is on the next 25 years. Our goal is to be a good neighbor and to be what we can to the people around us.”

Greer said he is proud his members feel they have a purpose and that God wants to use them to change people’s lives.

Riverchase Baptist worships at 10:30 Sunday mornings. All are welcome.