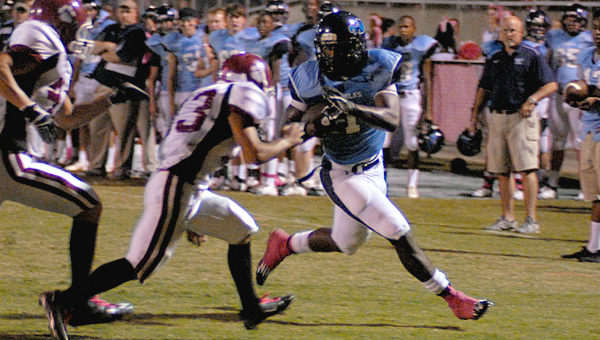 Calera junior Ronnie Clark is one of two Shelby County players named the the ESPN 300 Watch List of recruits for 2014. (Reporter photo/Mickel Ponthieux)

Recruiting in college football is the difference between a perennial powerhouse and midlevel programs. With that said, it’s never too early to look forward to the next best players to hit the field.

Calera’s Ronnie Clark and Kingwood Christian’s Montez Haynes have their talents on the national radar as they were named to the “ESPN 300 Watch List” of juniors released on Sept. 27.

Clark was unaware that he was on the national recruiting list while Haynes found out from a teammate.

“I found out at school,” said Haynes on how he learned that he made the list. “I was told by my friend, Jake Allen. I thought he was messing with me, but when I found out it was true I was pretty excited.”

The “ESPN 300 Watch List” is compiled after months of research, hours of players’ film and interviews by the evaluators.

“I think it’s awesome,” Clark said on making the list. “This is an awesome experience to be a national recruit. I’m becoming more involved to learn more about the recruiting process. My goal is to continue to work hard in my studies and on the field and remain healthy to become the best all-around player I can be.”

Clark has had offers made by several major football programs. On Oct. 20, University of Southern California made an offer to the Calera junior along with his offers from Alabama, Auburn, South Carolina, Tennessee, University of Louisiana-Lafayette and Clemson.

Both players have made unofficial visits to Alabama and Auburn while Clark has made a trip to Clemson. Hayes has also made a trips to Mississippi State and Arkansas.

“They have been really fun,” said Haynes on the recruiting process. “The best out of those has been Alabama.” 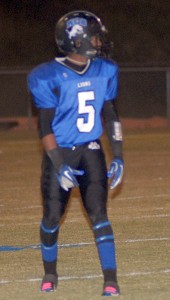 Haynes said that his favorite part of his visit to Tuscaloosa was shaking the hand of Nick Saban, head coach of the Crimson Tide.