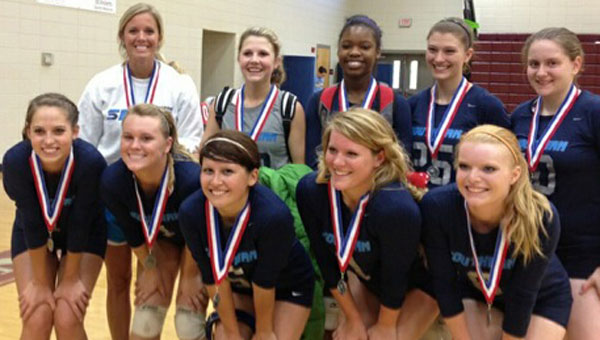 Club volleyball is an avenue players use to improve their skills and advance to the next level. College coaches attend club tournaments because it is a good way to see many girls at one time in the same location at the level they are recruiting. Many NCAA players are recruited out of club volleyball.

Club gives players the opportunity to play the sport they love year-round. This translates into increasing the number of touches to the ball, which translates to better ball control, which leads to consistency and self-confidence to play more aggressively.

“We’re a growing club and entering our third year.” Lewis said. “We attract a wide variety of players from all over Birmingham and surrounding areas. We take pride in knowing all of our players on a personal level and being able to build relationships within the club. We’re competitive with surrounding clubs and look forward to another great season.”

Volleyball is a passion for the Southern Select VBC coaches. They are dedicated to improving every player’s skill level and strengthen their knowledge of the game. The coaches encourage players to make a commitment to self-improvement, on and off the volleyball court, through developing a sense of teamwork, discipline and cooperation in a competitive atmosphere.

Teresa Chamblee, Chelsea High school volleyball coach and an area representative for The Fellowship of Christian Athletes, is excited about the new season. “We’re looking forward to meeting new players and are excited to see players return from the previous years. Club volleyball is new to a lot of girls so it’s always fun to introduce it those players and help improve their game.”