Family to compete on game show 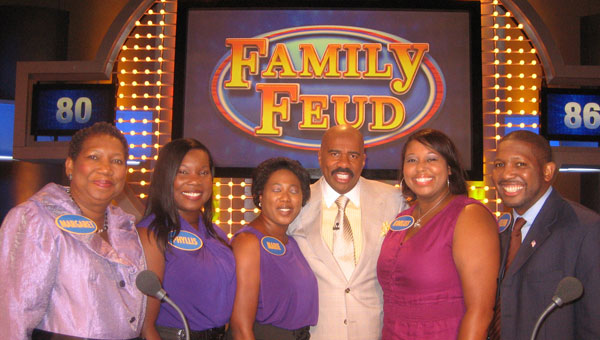 A family from Vincent was chosen to compete on Family Feud.

The Datcher family – which includes Margaret, a tax professional; daughter Phyllis, an administrative assistant; daughter Marie, an adult protective services professional; daughter-in-law Korliss, a child support enforcer; and son Kelvin, a community organizer – will be playing for big prize money plus a brand new car, according to a press release.

“My sister-in-law, Korliss, informed us about the ‘Family Feud’ auditions and brought our dream of being on the show to life,” Marie Datcher stated in the press release. “If we win, I want to make some upgrades to my home and take a vacation with a shopping spree or luxury spa day.”

Comedian Steve Harvey will host as the Datcher family faces off against the Addison family from Barrington, Ill. in front of a live studio audience in Atlanta, with the chance to win up to $100,000 and a brand new car, the release stated.

To secure their spot on the show, the Datcher family called the Family Feud hotline to begin the process. The release stated that anyone interested can call 323-762-8467 for an interview.