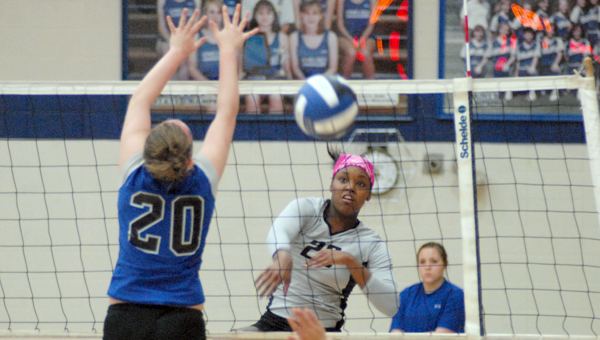 Thompson's Kelsea Bivins leads the Lady Warriors into the Class 6A Elite Eight tournament. The Lady Warriors will take on defending 6A champion Huntsville at 3 p.m. on Oct. 31 at the Birmingham Metro CrossPlex. (File)

The Oak Mountain Lady Eagles and the Thompson Lady Warriors are headed to Birmingham’s Metro CrossPlex on Oct. 31 to represent Shelby County in the Elite Eight state volleyball tournament.

The Thompson Lady Warriors (24-20) rode the momentum from an Area 7 championship on Oct. 18 for two victories in the super regional tournament, including a 3-2 win over county-rival Pelham. Lady Warriors’ head coach Kellyanne Gandy said that her team has built on the confidence they took into the area tournament and that has propelled them into this week’s state tournament.

“Coming into area, we kept saying ‘when we win’ not to be cocky, but to really believe that if we play together and execute our game plan, we are the better team,” she said. “In the super regionals, we had the same mindset and we plan to continue with that same mindset going into state.”

The Lady Warriors will take on defending Class 6A champion Huntsville at 3 p.m. on Wednesday. The Lady Panthers have won the past three state titles.

“Huntsville is a strong, powerful team with a long history of winning in this sport,” said Gandy on taking on Huntsville. “What I do like with a young team is that they don’t know a lot about these big teams, because they are just getting into high school (and) they aren’t scared of the name.

“The girls are at a point where they completely believe that anything is possible, and crazier things have happened than the No. 1 seed getting knocked out of the tournament.”

Wednesday will mark Thompson’s first appearance in the Elite Eight since 2003, when Lady Warriors advanced all the way to the state finals where they fell to Huntsville.

Oak Mountain (34-7) took the No. 2 seed out of the south super regional and will face off with No. 3 Grissom from the north super regional. Game time is also slated for 3 p.m. for the Lady Eagles.

Grissom won the Area 14 tournament and finished third in the north super regional.

The Lady Eagles are making their fourth straight trip to the Elite Eight with their best finish coming in 2010 where they were defeated by Huntsville in the 6A championship game.

Action in the 6A Elite Eight begins at 1 p.m. when McGill-Toolen takes on Bob Jones and Vestavia Hills faces Carver-Montgomery followed by Oak Mountain vs Grissom and Thompson vs Huntsville at 3 p.m. 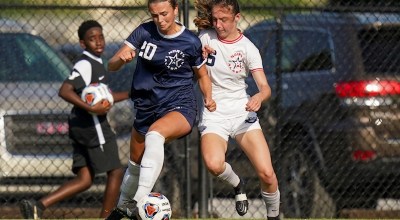