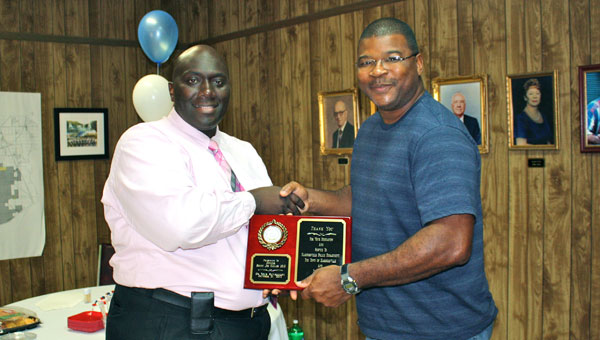 Keller worked for the Harpersville Police Department for more than 12 years as a patrol officer, though he’s been a police officer for 22 years, his wife said.

“He’s always been a night shift cop, working over night,” Brenda Keller said. “He’s always done that and loved the job. Now he’s moving on to something different.”

Keller also worked for the Childersburg Police Department and served in the Army National Guard, according to Harpersville City Clerk Jackie Ingram.

“Officer Keller was an asset to the department and will be missed by everyone who had the pleasure of working with him,” Ingram wrote in an email.

Keller, a Harpersville resident, is the father of two daughters and a son.

“I think he’s hated to have to retire, but felt like it was the time to,” Brenda Keller said.

FROM STAFF REPORTS KANSAS CITY, MO. – The University of Montevallo men’s basketball team is ranked No. 11 in the... read more