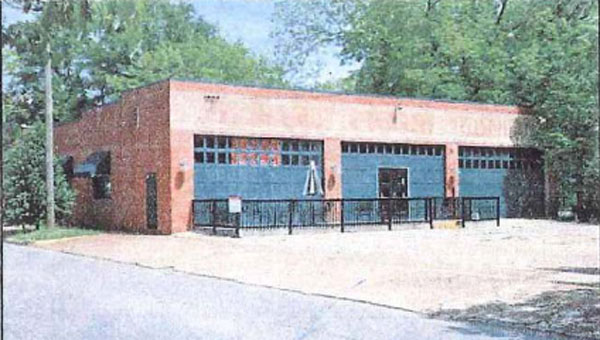 The Montevallo Development Cooperative District is seeking proposals from interested parties to develop a restaurant in the Alabama Coach Station Building. (Contributed)

The MDCD is looking for interested parties to lease, manage and operate a restaurant in the Alabama Coach Station Building, which is located on the city’s new promenade project that connects the university to downtown Montevallo, according to a release from Shelby County’s Department of Development Services.

Most recently, the building, which is located at 710 North Boundary Street, was the home of Steve O’s restaurant. The potential restaurant will be across from the incoming Barnes and Noble UM bookstore.

The MDCD, which is made of members from the University of Montevallo, the city and Shelby County leadership, hopes to encourage a restaurant facility that will “create some street activity” and maybe offer outside dining, said David Hunke, planning services supervisor. 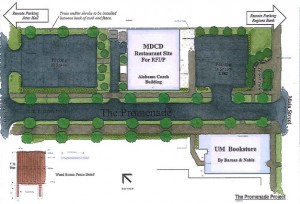 Montevallo City Council member Dee Woodham, chairperson of the MDCD, said she would like a restaurant to “complement the local existing restaurants” with outdoor seating and an atmosphere suited to the new promenade.

“There are tons of possibilities with it,” Woodham said.

Montevallo Mayor Hollie Cost said that while the city has “great restaurants,” residents could use another restaurant to help all businesses in the city thrive.

After the MDCD receives letters of interest, county personnel will invite interested parties to a pre-proposal meeting. During the Nov. 28 meeting, “we’ll open the building and allow potential lessees to walk the building, walk the site and hopefully generate some interest,” Hunke said. Final written proposals are due on Jan. 7, 2013.

Documents detailing the location’s features are available at Shelbyal.com under the Development Services link, the UM website at Montevallo.edu and the city’s website at Cityofmontevallo.com.

Interested parties should submit a letter of interest by Nov. 21 to David Hunke at Department of Development Services, 1123 County Services Drive, Pelham, Alabama 35124.