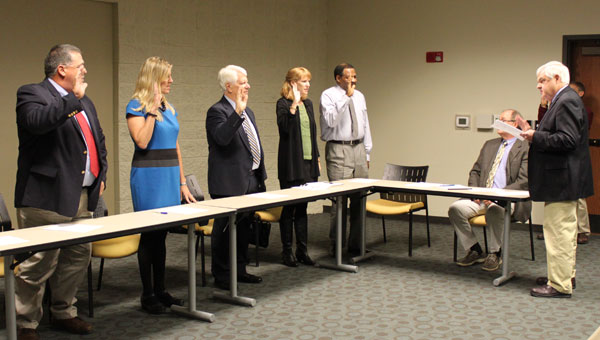 Mayor Hollie Cost said she was grateful for the opportunity to serve the community with the new council.

The council also continued all administrative personnel, such as city clerk, police chief, municipal judge, municipal prosecutor and others.

The next City Council meeting was rescheduled for Wednesday, Nov. 14 because of the Veterans Day holiday with a work session at 6:30 p.m. and the meeting at 7 p.m.

John Lyda, with his family, is sworn in as a Hoover City Council member. (Reporter photo/Amy Jones) By AMY JONES... read more