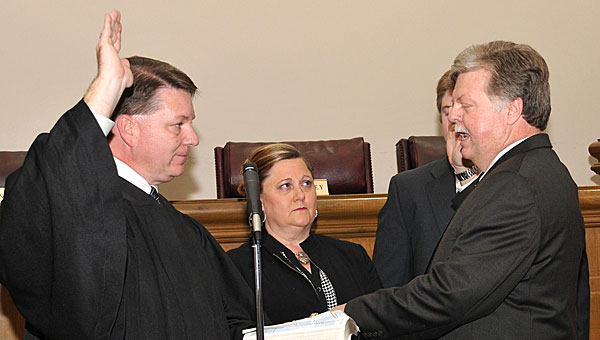 Helena’s first new mayor in 44 years said he is “hitting the ground running” after he and the city’s new council members were sworn in during a Nov. 5 meeting at Helena City Hall.

Because the Helena mayor also serves as the Utilities Department director and is paid for the position, Hall said he will donate his mayoral salary to the city’s general fund and will allow his city-supplied vehicle to be used by another department.

“I didn’t want to have two salaries,” Hall said. “So I will donate my mayor salary to the city.”

Hall said he is spending his first few days in office meeting with department heads and getting settled into his new office. Hall is the first Helena mayor to not be a voting member of the council, as Helena’s population growth necessitated the shift from a strong-mayor system of government to a weak-mayor system beginning this term.

The council also shifted its meeting nights from the second and fourth Mondays to the first and third Mondays at 6 p.m.