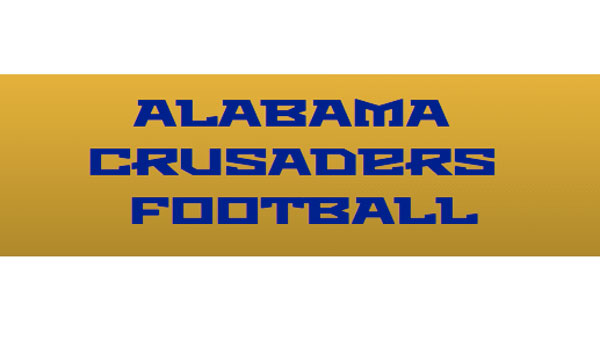 The Alabama Crusaders are preparing to begin their first season at Pelham's Ned Bearden Stadium in March 2013. (Contributed)

A new Pelham-based semi-pro football team is looking to give local players a place to compete after college while bringing some spring and summertime football to Pelham High School’s Ned Bearden Stadium.

The Alabama Crusaders football team, which is owned by the Pelham-based Next Level Sports Management company, recently compiled its 50-member roster and is preparing to train for the upcoming season, said Dewayne Moore with Next Level.

The Alabama Crusaders will compete in the Extreme South Football League, which is preparing to begin its second season and includes teams from across the Southeast. The Crusaders will be coached by Richard Haynes.

Moore said the football league will give players a chance to develop their football skills close to home rather than traveling to other countries to compete in overseas leagues.

“There are so many athletes that go overseas to develop their skills,” Moore said. “Why not put something here in Alabama to help them get to the next level?”

The Crusaders are set to play their first game at Ned Bearden Stadium on March 2, 2013, and will face teams from cities such as Montgomery, Panama City, Fla., and Metairie, La. The 2013 XSFL season will run through June.

“We are pretty excited about it,” Moore said. “We are trying to get the community involved. This is something that has never been done on this level in Pelham before.”

The team will hold a golf tournament beginning at 8 a.m. on Nov. 12 at the Highland Golf Park in Birmingham. Proceeds from the event will benefit the team and Children’s Hospital in the name of Pelham High School student Carson Sumpter, who passed away in 2011 after a lengthy battle with cancer.

For more information on the Alabama Crusaders, visit Alabamacrusaders.com.