INDIAN SPRINGS — An estate in Indian Springs may become the site of a new private school.

Indian Springs Mayor Brenda Bell–Guercio said the school’s proposed developer came before the town’s Zoning Board of Adjustments Nov. 6 to ask for a special-use exception for the property, located at 2470 Cahaba Valley Road, which is currently zoned for residential use. 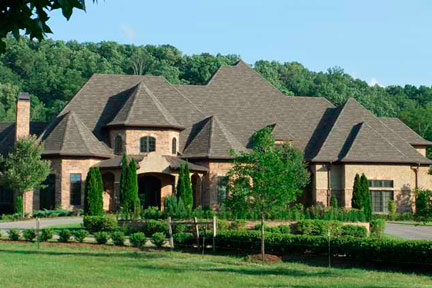 The site of a proposed new private school in Indian Springs. (Contributed)

“All she would say is that her family was going to back her, and she had other backers, but she wouldn’t provide more information,” Bell-Guercio said.

The developer was not able to provide enough information for the board to make a decision, so the issue was tabled until the developer returns, Bell-Guercio said.

“The town hall was full of citizens that had questions and concerns,” she said.

The estate is currently owned by Glenn Siddle, who is also on the Indian Springs Planning and Zoning Commission.

The house, with seven bedrooms, seven full bathrooms and three half bathrooms, is currently listed for sale at $4.4 million. According to a description of the home, it sits on 40 acres of land and also has horse stables, tennis and basketball courts and a pool, along with a three-bedroom guest house.

Bell-Guercio said such a school opening in Indian Springs would be “significant.”

“Our citizens need to be informed so they can ask appropriate questions,” she said. “This would be a significant move for Indian Springs.”

Indian Springs School Director Gareth Vaughan, who attended the Zoning Board of Adjustments meeting, said the school, which would be an International Baccalaureate school, is “obviously in a very early stage.”

The International Baccalaureate is an international education foundation headquartered in Geneva, Switzerland.

“From an educational point of view, we have a large number of public and private schools along (Highway) 119,” Vaughan said. “We certainly welcome any addition to it if they come about.”

Siddle did not immediately respond to a message seeking comment.

Emergency crews closed a science lab and a classroom at Helena Middle School after a small mercury spill on Nov.... read more