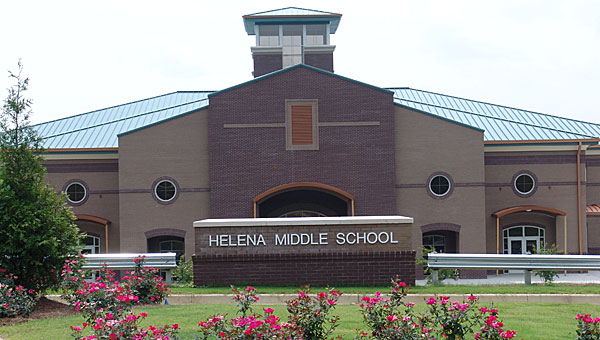 Emergency crews closed a science lab and a classroom at Helena Middle School after a small mercury spill on Nov. 8. (File)

About eight or nine Helena Middle School students were cleared by emergency personnel after they were exposed to “about a thimble” of mercury on Nov. 8.

The incident happened shortly after lunch on Nov. 8 when the small amount of mercury was spilled in a science lab classroom at the school, said Shelby County Schools spokeswoman Cindy Warner. Warner said eight or nine students were near the mercury spill, and said the school system took “every precaution” to ensure the students were not harmed by the spill.

After the spill, school officials brought a Jerome air monitor to the school and scanned the affected students for mercury contamination.

“The emergency folks told us it’s not a big enough amount to worry about, but we want to take every possible precaution,” Warner said. “They all tested below the limits, so they were cleared and sent home with their parents.”

After the spill was reported, the Shelby County Environmental Management Agency and the Helena and Pelham Fire Department hazardous materials teams responded to the school and quarantined the spill area, which included the science lab and an adjoining classroom.

Warner said the school will close off the room until it is properly cleaned.