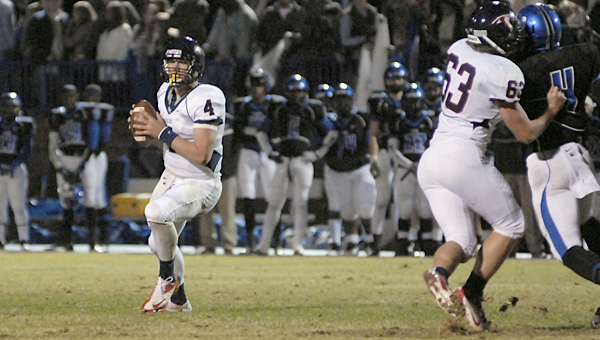 AUBURN – The Auburn Tigers scored four second half touchdowns to pull away and defeat the Oak Mountain Eagles, 34-10, in the first round of the Class 6A on Nov. 9.

“We just got outplayed and outcoached,” Eagles head coach Cris Harris said.  “It was that simple.”

Oak Mountain forced three Auburn turnovers that kept the Eagles in it, but the Eagles inability to stop the big play proved to be the deciding factor. The Tigers had touchdown plays of 30 yards and 64 yards while also having a 40-yard interception return touchdown.

Auburn also had an ­85-yard touchdown run by quarterback Cameron Echols-Luper called back due to a holding penalty.

The Eagles were led by quarterback Jake Adams who was 7-of-17 passing for 41 yards passing.  He also added 60 on the ground on 23 attempts.

Auburn struck first as Echols-Luper hit junior receiver Blaise Taylor for a 30-yard touchdown pass to put the Tigers up 7-0.

The Tigers scored on their first offensive play of the second half, as Echols-Luper found a wide-open Taylor for a 64-yard touchdown strike.

Foster put the game out of reach when he scored on a 3-yard touchdown run with 2:53 left in the game.

On the Eagles next drive, Adams was intercepted by Taylor who returned the ball for a 40-yard touchdown, finishing the game’s scoring.

Auburn (10-1) advances to play McGill-Toolen High School next week in the second round of the playoffs.  The Yellow Jackets were a 56-33 winner over Enterprise High School.

Oak Mountain finishes the season with a 7-4 record, but Bell said his team played all year. 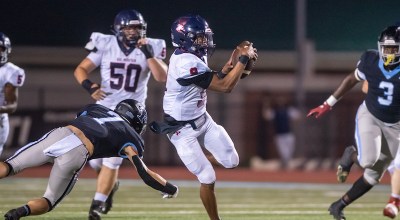