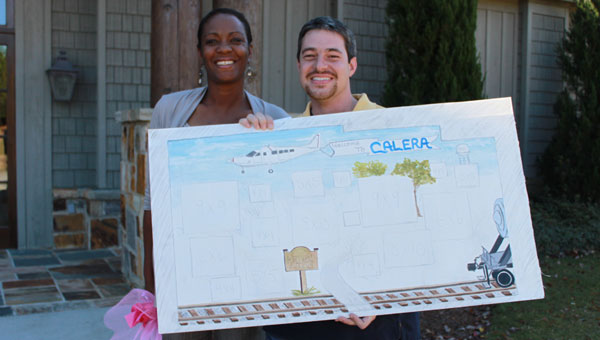 CALERA – A local artist plans to beautify a blank wall in downtown Calera, and is asking for the help of local businesses.

Artist Sharon Curry, owner of Moray Designs, has teamed up with Head to Tails Pet Bathing and Grooming owner Michael Wylie to paint a mural on the wall of Wylie’s business.

During the Nov. 13 Calera Chamber luncheon, Curry asked Calera businesses to purchase space on the mural for logos and advertisements. The price ranges from $400-$1,600 depending on size and location. A smaller annual fee will be charged to keep the business advertisement on the mural.

Curry, a Calera resident, said she has wanted to paint a mural in the town.

“People are welcome to come on by, even if we’re painting, to pick up a brush and be able to say they’re a part of it,” she said.

Nonprofits, Calera Fire, Calera Police, the schools and the library will already be included on the mural at no charge.

Curry said she plans to begin painting in the next couple of weeks.