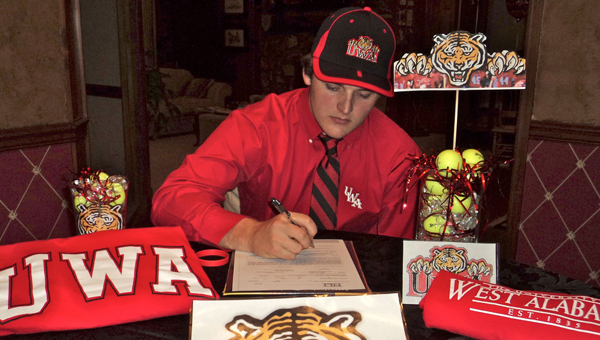 Briarwood Christian senior golfer Trevor Page signed his letter of intent to play for the University of West Alabama as a part of the NCAA early signing period Nov. 14.

Page led the Lions to a Class 5A runner-up finish in 2011 and was a part of the Briarwood team that competed in the state championships in May.

The Lions’ senior made visits to Jacksonville State, Huntingdon College, North Alabama and Troy before deciding on West Alabama.

“I felt that Coach (Adam) Buie was really excited about the program and the new planned practice facility, “ Page said in a release. “I also felt that he was going to be open to suggestions from the team and be a real players coach.”

Page also said the UWA campus was “beautiful and is a great location for me.”