Educated in Alabaster schools “through and through”, Patrick Bond states that Alabaster will always be home. 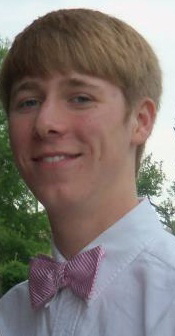 Currently, he resides at the University of Alabama, where he is a sophomore majoring in history and political science with a minor in international relations.

Bond hopes to follow in the footsteps of his grandfather, Hartwell Lutz of Huntsville, who was a child services attorney and later became a circuit court judge.

“I’m not sure this early what type of law I’ll pursue, but I am leaning toward defense law,” Bond said. “Involved in the Student Government Association, Pre-law Students Association, College Republicans and Chi Phi fraternity, Bond is very active in campus life.

“Learning how to come to the university with a new mindset, meeting new people and branching out has helped me to become more self-sufficient,” he added.

Bond would love to visit all over Europe, especially Germany, France, Italy and England.

“I am amazed by the historical relevance and historical landmarks that surround many parts of Europe,” Bond said.

When I ask if it was difficult to be a Christian at college, Bond replied, “The Christian community at this university is amazing. The students here will stand up for each other when it comes to certain topics or circumstances.”

“You can ask him anything – all the youth love him,” Kennemer said.

Bond sees himself married with a couple of children, living in the South and practicing law in the future.

“A lake house, a speed boat and a fishing boat would be real nice,” Bond said. “I have been brought up to be a Southern gentleman and nothing will change that.”

Known for his bowties, Patrick Bond looks to be headed for a successful and fulfilling slice of life.