Student uninjured in I-65 wreck 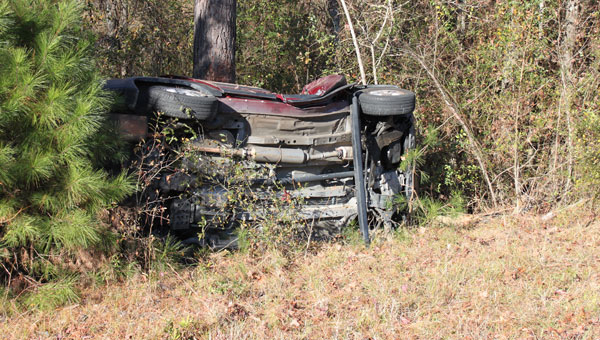 An Auburn University student was involved in a single-car accident on Interstate 65 Nov. 26. (Reporter photo/Christine Boatwright)

CALERA – An Auburn University student suffered only minor injuries after a one-car wreck on Interstate 65 in Calera.

The wreck occurred about 9 a.m. Nov. 26 just north of the 228 exit. The Calera Fire Department, Alabama State Troopers and Calera Police Department responded to the call.

“She just has minor injuries and scratches,” Calera Firefighter Ryan Tallie said. “The car is caved in on the passenger side all the way until it’s touching the seat.”

Tallie said the student was traveling back to the university when she wrecked.

The woman was transported by ambulance to Shelby Baptist Medical Center.

Chorale gears up for Christmas

The Montevallo Community Chorale will perform at two venues Dec. 2-3 in Montevallo to begin the Christmas season. (Contributed) By... read more